One of the things that is hard to miss about Mindo is the waterfalls. There are several that are accessible from one road that runs south-west from the main street in Mindo.

The road is a 7km walk to the waterfalls, you can take a taxi there too which will save you a large portion of walking. By the time we got to the waterfalls, we were exhausted and short on time. This meant we failed to walk to all of the falls. The walk up the hill is  nice though, so if you are just down to be in nature, take a stroll. On the walk we had nice panoramas of Mindo in its valley. We walked past nice haciendas. It’s an excellent road for bird watching. There are many nice things to say about walking the 7km. 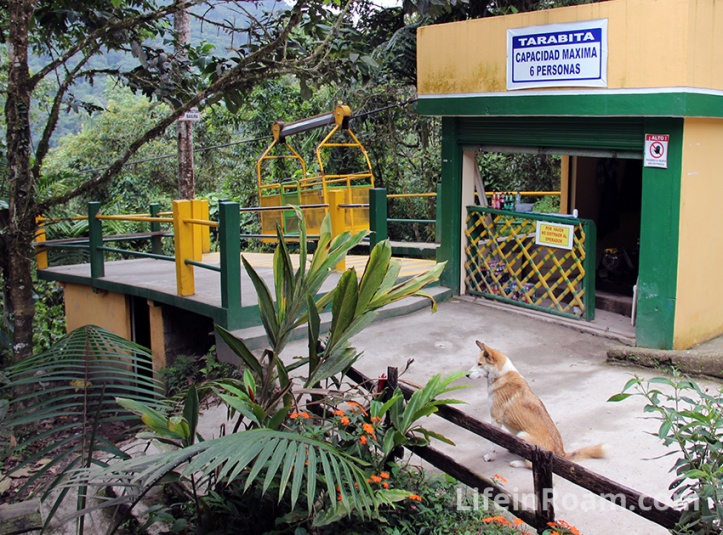 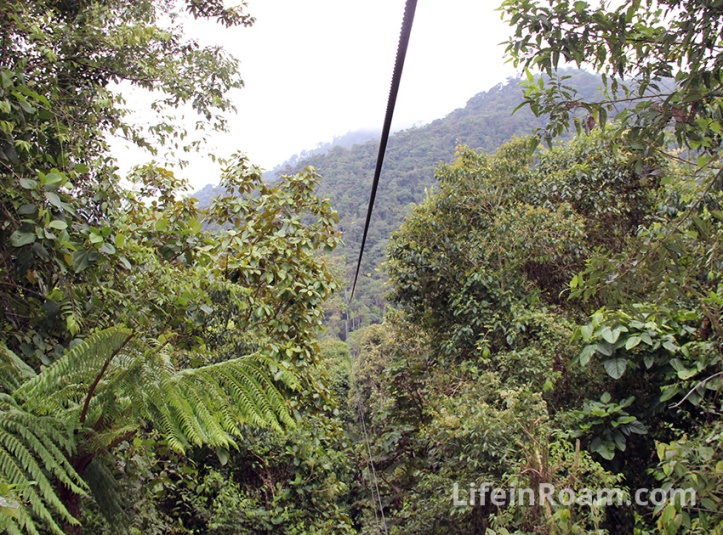 But! If you are only in it for the waterfalls, then maybe you should take a cab. At the top of the hill is a tarabita: a small cable car that takes you across the valley. It cost $5 per person and includes the return from the other side.

If you do not want to take the cable car, there is also a trail that you can use to walk down to the valley to the waterfalls. I think that the cable car people will try to charge you for access to the trail though. It is private land used for tourism, so that is how they justify the outrageous use of capitalism. 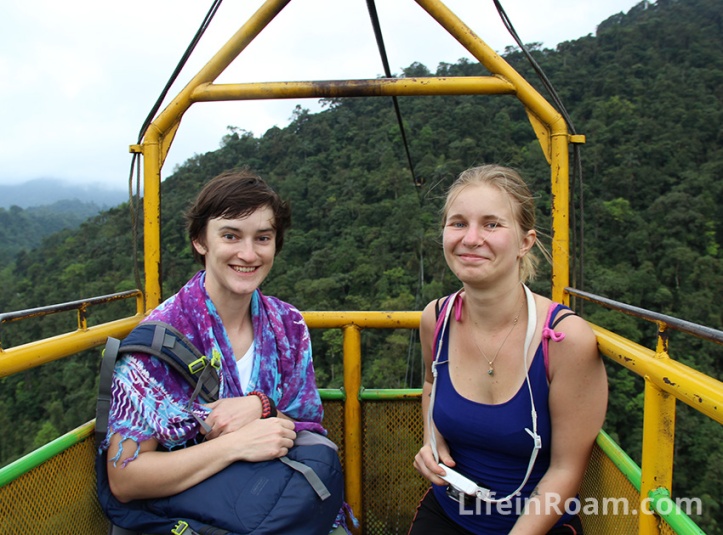 Assuming you take the tarabita, there are two directions you can go. One is down hill where the trails splits in one direction to Nambilla waterfall and the other to Santuario de Cascadas, a trail of five small waterfalls. Nambilla waterfalls has a place you can swim. It costs $3/person and if you just want to look, but not swim, you will be met by a very cranky Ecuadorian. If the price is worth it to you, then it looks like a nice swimming spot. It includes a slide!

We visited Nambilla, met the cranky Ecuadorian, and then reversed back to Santuario de Cascadas. We were so exhausted though and only had a little time until the last tarabita back, that we only saw 3 of the small waterfalls. 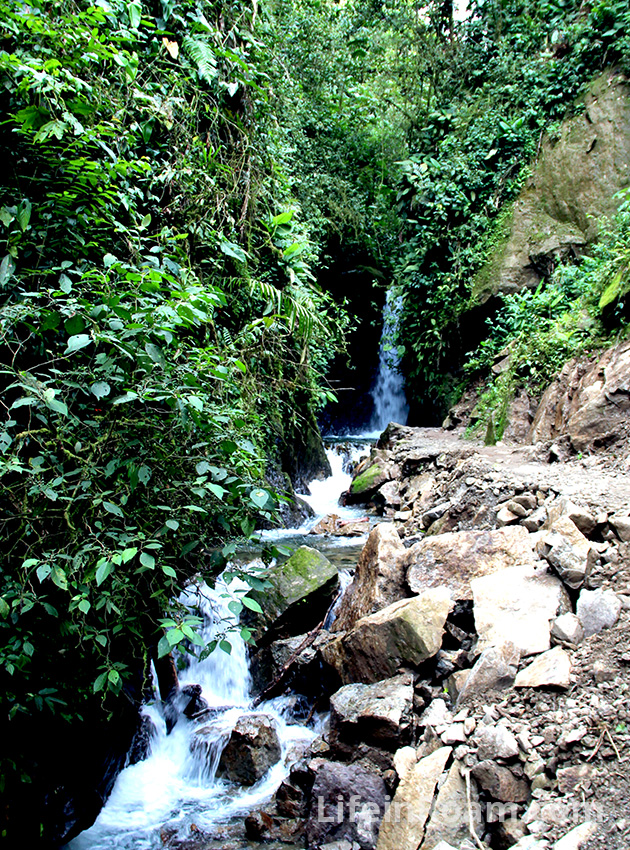 From the tarabita, if you do not go downhill there is also a trail to a larger waterfall called Cascada Reina. The tarabita operator said it was a 50min walk, which we didn’t have time for before the last returning tarabita. Our friend from Ecuador says that this waterfall is the most spectacular, and there the swimming is even better than Nambilla, and it’s free. If I were able to do it again, and we didn’t have a time restriction of the last tarabita, I would have opted to walk this trail. 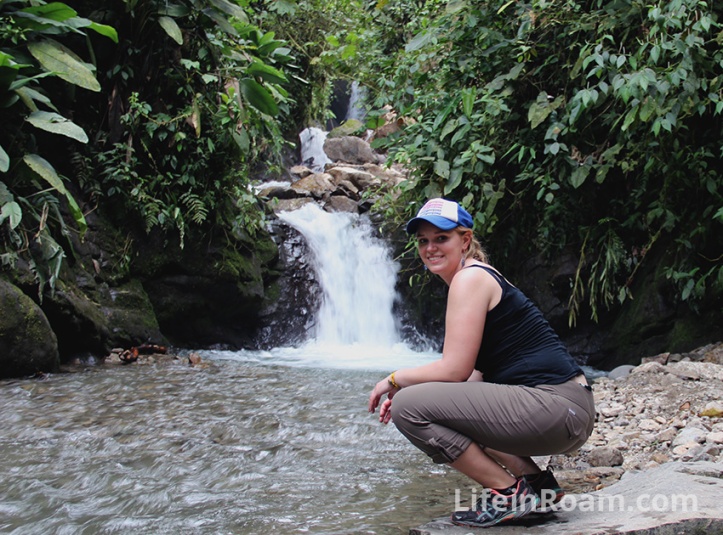 After visiting the waterfalls we started our walk back towards town. Still being too cheap to pay for a taxi. Luckily, the tarabita workers were headed back to town too and picked us up in their truck about 15 minutes later! It was such a nice gesture. They obviously didn’t need to pick us up, and they obviously could have asked us for a few bucks, but they insisted on us not worrying about it.

Visiting the waterfalls was the first thing we did in Mindo. After this is when we did the bird watching tour, the chocolate tour, and the butterfly farm.  All of them were worth the cost and great experience in my opinion. The waterfalls were actually the less interesting thing we did, but it was also the cheapest and the only one “unguided.”

After Mindo we headed to Otavalo, another city in Ecuador, known for its street market. We found something else that captured our interest there though.